Islamic principles require investors to share in profit and loss, to exclude investments in prohibited activities, and to avoid speculation in favor of long-term investment. 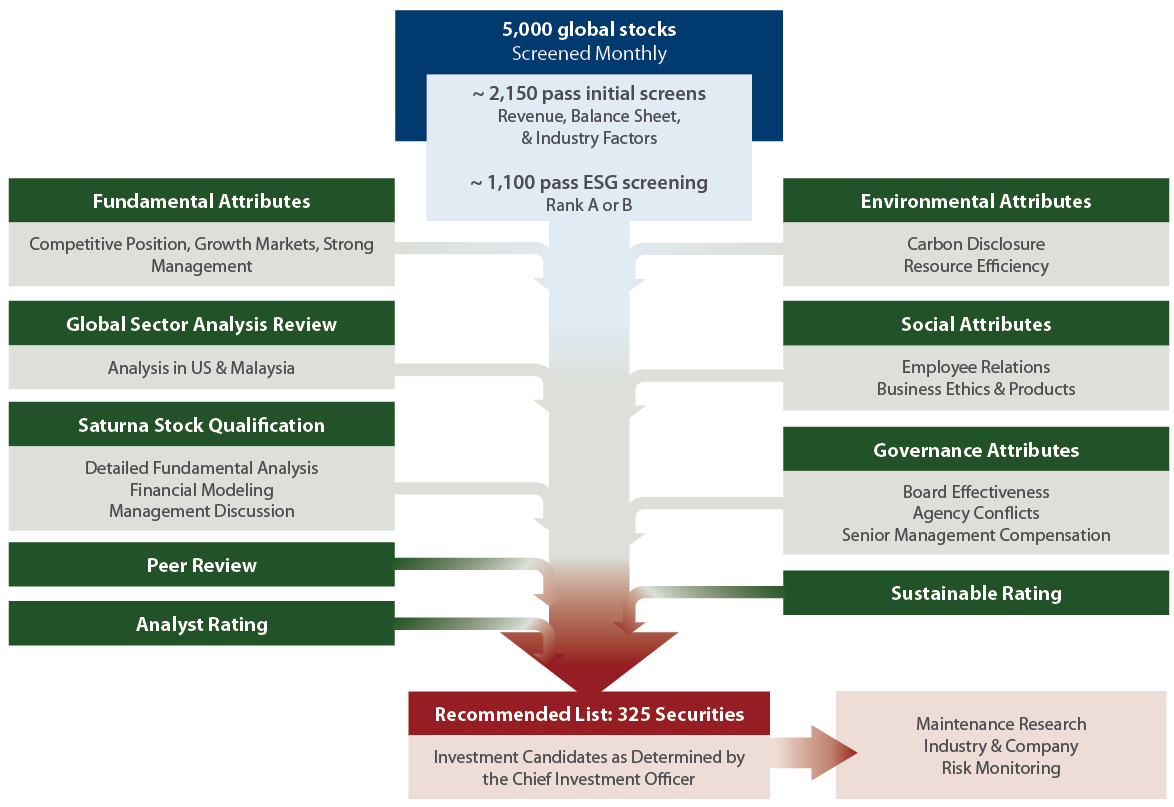 The guidelines developed for the Amana Funds help ensure that investments meet the requirements of the Islamic faith and were established by Saturna in collaboration with the Fiqh Council of North America (FCNA), a non-profit organization serving the Muslim community. To ensure that investments continue to meet the requirements of the Islamic faith, Saturna engages Amanie Advisors Sdn Bhd, a leading consultant specializing in Islamic finance.

Please note that sukuk are typically structured to be Islamically acceptable.  The investment selection process for the Participation Fund is not described on this page.

A Few Words About Risk

Income, Growth, Developing World, and Participation Funds: The value of the shares of each of the Funds rises and falls as the value of the securities in which the Funds invest go up and down. The Amana Mutual Funds limit the securities they purchase to those consistent with Islamic principles. This limits opportunities and may affect performance. Each of the Funds may invest in securities that are not traded in the United States. Investments in the securities of foreign issuers may involve risks in addition to those normally associated with investments in the securities of US issuers. These risks include currency and market fluctuations, and political or social instability. The risks of foreign investing are generally magnified in the smaller and more volatile securities markets of the developing world.

Growth Fund: The smaller and less seasoned companies that may be in the Growth Fund have a greater risk of price volatility.

Participation Fund: While the Participation Fund does not invest in conventional bonds, risks similar to those of conventional nondiversified fixed-income funds apply. These include: diversification and concentration risk, liquidity risk, interest rate risk, credit risk, and high-yield risk. The Participation Fund also includes risks specific to investments in Islamic fixed-income instruments. The structural complexity of sukuk, along with the weak infrastructure of the sukuk market, increases risk. Compared to rights of conventional bondholders, holders of sukuk may have limited ability to pursue legal recourse to enforce the terms of the sukuk or to restructure the sukuk in order to seek recovery of principal. Sukuk are also subject to the risk that some Islamic scholars may deem certain sukuk as not meeting Islamic investment principles subsequent to the sukuk being issued.