In the mold of Winston Churchill in 1951, a spirited Tun Dr. Mahathir Mohamad has fought and won re-election as prime minister after years out of office. Dr. Mahathir returns to the leadership position he held for 22 years up to 2003 – a period that saw Malaysia rise into the ranks of middle income countries. We believe Dr. Mahathir today is quite different from the old boss, even though he once led the party alliance of ousted Prime Minister Najib Razak. 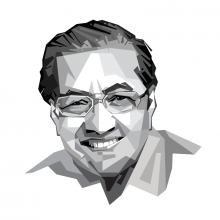 The defeat of former PM Najib and his Barisan Nasional (National Front), led by the United Malays National Organisation (UMNO), was unprecedented in the post-British history of Malaysia, given that UMNO had ruled the country since independence in 1957. Dr. Mahathir helped entwine UMNO into various governmental and economic institutions in Malaysia during his original rule.  But Dr. Mahathir split with UMNO in 2016 due to disagreements with Najib (his former protégé) and allegations of Najib's corruption. In the run-up to May's election, Dr. Mahathir and Dato’ Seri Anwar Ibrahim formed the Pakatan Harapan (Alliance of Hope) consisting of the Democratic Action Party, the People’s Justice Party, the National Trust Party, and the Malaysian United Indigenous Party.  What Dr. Mahathir brought to the table was a connection to rural Malays, who traditionally supported UMNO, a nostalgia of the years before the Asian Financial Crisis, and a united coalition of opposition parties that previously seemed more interested in bickering among themselves. Dr. Mahathir's alliance adopted a sensible manifesto of reforms to be accomplished in the first 100 days after election.

While political graft existed before, the level of blatant corruption became egregious under Najib, exemplified by the 1Malaysia Development Bhd (1MDB) scandal in which over $4.2 billion was misappropriated from a government fund, $681 million of which mysteriously appeared in the personal bank account of the head of its advisory board: Najib.  Definitive reports in the Wall Street Journal blew the whistle.  Malaysia's investigation into the scandal was a whitewash, and Najib's attorney-general dubiously cleared him of wrongdoing.   Meanwhile, the US Justice Department is seizing assets that it claims Najib’s cronies obtained with money from the fund that had been embezzled, laundered, and disguised by fraudulent look-alike businesses, shell companies, and kickbacks.  Anticorruption authorities in other countries, such as Switzerland and Singapore, have also been obtaining rescission of 1MDB financial transactions and inflicting penalties.  With Malaysia's change in government, the global cooperation to return the embezzled assets and expose the methods used improves the world's financial system.

Malaysians – educated, informed, and worldly aware – were sick of Najib’s shenanigans.  In the 2013 election, signs of his vulnerability emerged when he lost the popular vote and only defeated Anwar Ibrahim’s People’s Justice Party by gerrymandering.  Anwar soon found himself in prison on trumped-up charges.  Ironically, the tactic was borrowed from Dr. Mahathir, who had imprisoned Anwar, his former deputy PM and finance minister, in 1999 on similar charges.  Anwar received a royal pardon on May 11, less than 24 hours after Mahathir took power.

One might wonder how Najib stood any chance of being re-elected, but UMNO exerts influence everywhere throughout Malaysia and the deck was stacked firmly in its favor. Malaysia's Canada-sized population of 32 million is approximately 69% Bumiputera (Malay Muslim), 23% Chinese, and 7% Indian; historically, political rights have not been totally equal across ethnicities.  Electoral districts were redrawn in the final weeks leading up to the election.  Ballots for overseas Malaysians, considered to favor the opposition, were delayed so that many were unable to vote.  Leading candidates for the opposition were disqualified on flimsy grounds, and their publications were muffled.

Like Dr. Mahathir, the electorate was disgusted.  Voter turnout was heavy and the results close, but in a huge surprise, Najib and his followers lost their parliamentary majority. Malaysia is a country governed on the British model, with a monarch as head of state and elections required every five years.  To avoid kicking and screaming by the losers, who had played unfairly during the campaign, for the first time in its history the king had the honor of immediately calling in the opposition's leader and asking him to form a new government.

WHAT CAN WE EXPECT GOING FORWARD?

Dr. Mahathir immediately re-opened the investigations into 1MDB and Najib (who attempted to flee the country); police have hauled in over $27 million in handbags, jewels, currency, and miscellaneous from Najib's residences; and other officials are under investigation.  A British-educated and highly respected lawyer, Mr. Tommy Thomas, has been appointed as attorney-general, signaling that the new administration is serious about reforming the country's institutions.

Now 93, Dr. Mahathir is clearly not planning a long term as prime minister.  His once-incarcerated campaign mate, Anwar Ibrahim, 70, is expected to take the leadership position in the next year or two.  Anwar has a number of academic and political connections in the US and UK, and is married to Dato’ Seri Dr. Wan Azizah Wan Ismail, an ophthalmologist who stepped into politics for her husband and now serves as deputy prime minister.  Their capable eldest daughter, Nurul Izzah Anwar, is also a member of parliament.

The complex and highly unpopular 6% goods and services tax introduced by Najib has been dropped, to be replaced with a simpler sales and services tax.  Fortunately, the higher world prices of oil benefit Malaysia as an exporting nation.  Unfortunately, the debts of 1MDB and other undisclosed financial obligations have ballooned the national debt.  Uneconomic rail projects have been axed to save their expenses.  Various projects in Malaysia from mainland China are also under review, which wisely resonates with many Malays who had become concerned with the level of mainland Chinese activity in the country and the risk of becoming beholden.  These unfairly structured projects may have been a Chinese laundry for 1MDB.

VOTERS CREATE OPPORTUNITY FOR THE FUTURE

The election represents an opportunity for a break with the past that included crony capitalism and party intrusion into economic affairs. Malaysia has a history of state capitalism that hindered innovation and development.  Major financial institutions such as the central bank and the sovereign wealth fund have been under the suzerainty of UMNO for decades, as have industrial operations such as Petronas, the national oil and gas company. In a clever move, the new government appointed five highly-respected experts to a Council of the Elders, a special advisory council advising the government on economic and financial matters during this transitional period that can effect difficult policies and deflect the political heat.

In an unexpected electoral triumph for the people, the voter, and the country, Dr. Mahathir has been given a chance to redefine his legacy and set Malaysia on a new path, one that gives free reign to the ingenuity and creativity of its people. With its diverse ethnic heritage, Malaysia already provides an admirable example of how people can coexist peacefully and work toward a common goal. Their peaceful transition from 61 years of UMNO rule is also to be admired.  How much more will they achieve now that they successfully voted to end oppressive one-party rule?

This material is for general information only and is not a research report or commentary on any investment products offered by Saturna Capital.  This material should not be construed as an offer to sell or the solicitation of an offer to buy any security in any jurisdiction where such an offer or solicitation would be illegal. To the extent that it includes references to securities, those references do not constitute a recommendation to buy, sell or hold such security, and the information may not be current. Accounts managed by Saturna Capital may or may not hold the securities discussed in this material.

We do not provide tax, accounting, or legal advice to our clients, and all investors are advised to consult with their tax, accounting, or legal advisers regarding any potential investment.  Investors should not assume that investments in the securities and/or sectors described were or will be profitable.  This document is prepared based on information Saturna Capital deems reliable; however, Saturna Capital does not warrant the accuracy or completeness of the information. Investors should consult with a financial adviser prior to making an investment decision.  The views and information discussed in this commentary are at a specific point in time, are subject to change, and may not reflect the views of the firm as a whole.

All material presented in this publication, unless specifically indicated otherwise, is under copyright to Saturna.  No part of this publication may be altered in any way, copied, or distributed without the prior express written permission of Saturna. 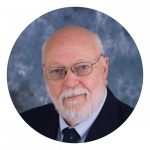