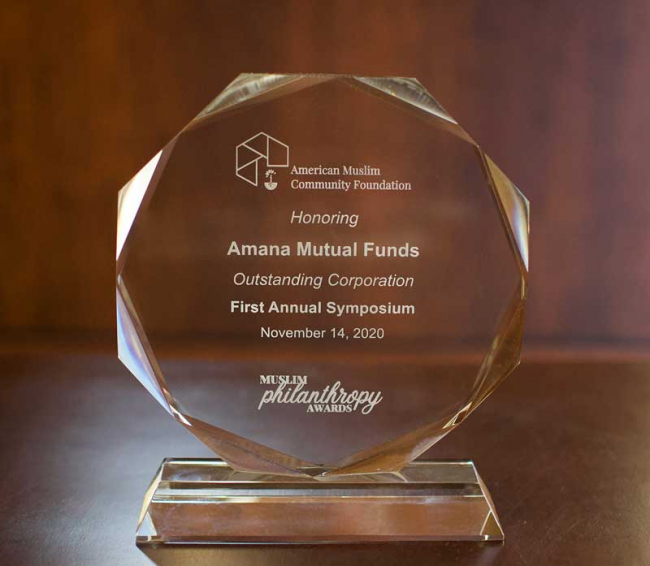 The Outstanding Corporation Award was one of eight categories decided by a selection committee composed of AMCF board members, staff, and volunteers. Amana Mutual Funds was one of seven nominees for its category. Muhi Kwaja, the co-founder of AMCF, says, “Amana's nomination stood out because of their commitment to provide a values-driven service for retirement accounts and investing based on ethics along with sponsoring dozens of community events across the country.”

“We are thankful for being nominated by community members and for ultimately winning the AMCF award for Outstanding Corporation last weekend,” said Owaiz Dadabhoy, Director of Islamic Investing at Saturna. “We value our individual, business, and nonprofit clients, which is one of the reasons we give back through supporting over 100 community events each year throughout the country. It is our pleasure to do this and we’re thankful for the recognition from an organization like American Muslim Community Foundation.”